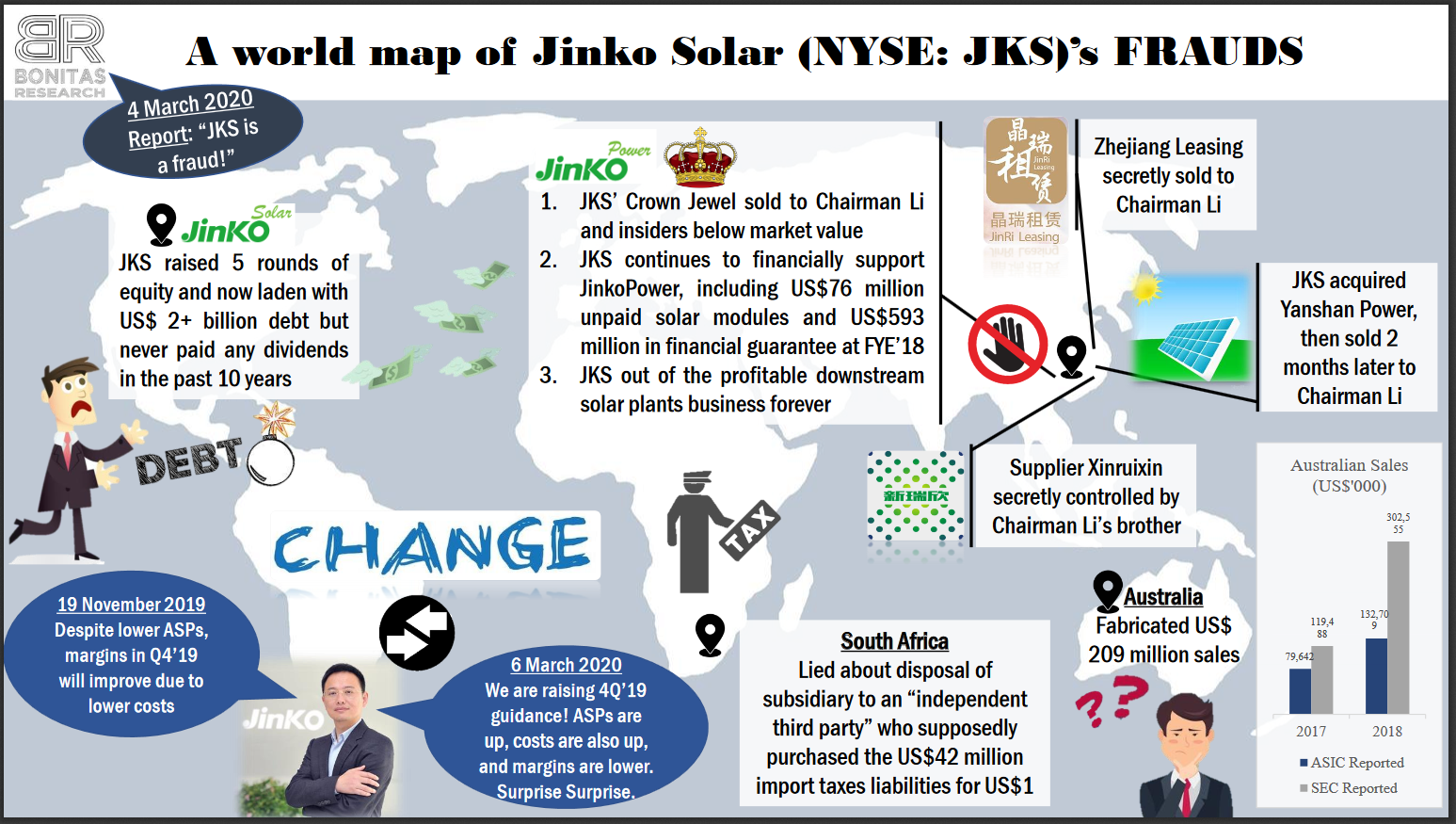 We believe that JinkoSolar Holding Co., Ltd. (NYSE: JKS) (“JinkoSolar” “JKS” or the “Company”) exists for the sole purpose of developing PRC assets with JKS’ cash that were disposed to Chairman Li at a significant discount to market. An older vintage of US-listed Chinese fraud, JKS was fattened up with 5 separate equity issuances and US$ 2+ billion in net debt only to be stripped of value by insiders. This is why JKS, despite its purported profitability, had failed to generate free cash flow or pay shareholders cash dividends.

Using US$ 650+ million of JKS’ financial support, Chairman Li grew JinkoPower in 3 years as a private company to seek a US$ 3.6 billion IPO valuation (RMB 25 billion) in 2020, a valuation 692% higher than what Chairman Li paid JKS for JinkoPower!

Evidence showed that JKS fabricated its 2017 and 2018 financial statements by including US$ 209 million of fake sales to Australia and by omitting US$ 42 million in customs duties that JKS remains liable for in South Africa.

We are short JKS because we think its equity is ultimately worthless.